Have you ever been aware of, or influenced by a presence or power, whether you call it 'God' or not, that is different from your everyday self? 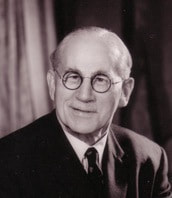 Sir Alister Hardy
This is known as the Hardy Question, as it was posed by Sir Alister Hardy, a distinguished marine biologist, who founded the Religious Experience Research Unit in Oxford in 1969. Hardy believed that spiritual awareness was common to us all regardless of race, age or religious belief and was of evolutionary value.

Research suggests that about half the population of the UK has had some kind of spiritual or religious experience. The accounts people give are fascinating – and important for themselves and for society.

There are many kinds of experience: a sense of presence of a higher power; answer to prayer; healing; meaningful co-incidences or synchronicity; déjà vu; Near-Death Experiences; Out-of-Body Experiences and After-Death Communications.

The Alister Hardy Trust (AHT) provides a focal point for people interested in the study of spiritual, religious and psychic experiences, and supports the work of the Alister Hardy Religious Experience Research Centres at the University of Wales Trinity Saint David in Lampeter and Bishop Grosseteste University, Lincoln

To find out more, listen to the interview with Sir Alister Hardy below.
N.B. Attempts have been made to contact the copyright holder, but without success.