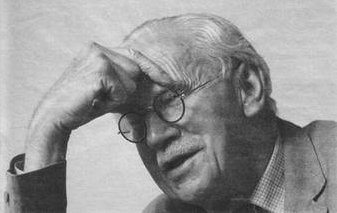 Sir Alister Hardy
Sir Alister Hardy was born in 1896, at the end of a century that had seen the publication of Darwin's The Origin of Species and the subsequent scientific and religious controversy which surrounded the theory of evolution.

Alister Hardy was a naturalist from an early age. After school at Oundle he entered Exeter College, Oxford in the autumn of 1914 to study forestry, with the intention of becoming a forest entomologist. But war intervened, and after one term he joined the army. Before leaving Oxford he made a solemn vow that, should he survive, he would devote his life to attempting a reconciliation between evolutionary theory and the spiritual nature of man. His unfinished autobiography was entitled A Life with a Vow, and this vow was central to his life.

On returning to Oxford in 1919 he changed to zoology in order to learn as much as possible about animals and their evolution, and graduated in 1921 with distinction. His award of a Naples Scholarship opened his eyes to the fascination of marine plankton - which were to be the basis of his scientific career. After serving as  Chief  Zoologist to the Discovery Oceanographic Expedition of 1925-7, he was appointed Professor of Zoology and Oceanography at the University of Hull, and in 1942 became Regius Professor of Natural History at the University of Aberdeen. In 1946 he was appointed to the Linacre Chair of Zoology at Oxford University which he occupied with the highest distinction until 1961, extending his career in Oxford for a further two years as Professor of Zoological Field Studies. Sir Alister was known to generations of scientists as one of the world's foremost marine biologists and a great teacher and advocate of Darwinism. The academic awards he received for his work in Zoology included an Oxford D.Sc., Fellowship of the Royal Society and the Scientific Medal of the Zoological Society for his work on marine and aerial plankton - and in 1957 he was knighted for his work in marine biology.

Sir Alister’s passionate interest in human spirituality had not abated, and in 1963 he was appointed Gifford Lecturer at Aberdeen University. His lectures there, published in two volumes, The Living Stream and The Divine Flame (Collins, 1966), expressed clearly his conviction that religious awareness is a naturally evolving biological attribute which is of the greatest importance for human survival. In 1969 he founded the Religious Experience Research Unit at Manchester College, Oxford. The purpose of the Unit was to begin a scientific study of religious experience by collecting and classifying accounts of experience, much as the Victorian naturalists collected specimens and classified them to form the basis of modern biology. In his books The Biology of God (Jonathan Cape, 1975), The Spiritual Nature of Man (Oxford University Press, 1979), and Darwin and the Spirit of Man (Collins), published in 1984 in his 89th year, he continued to press eloquently and passionately the case for a new understanding of the relationship of science and religion. In recognition of his pioneering work in this field he was awarded the Templeton Prize for Progress in Religion just before he died in May 1985.

Sir Alister Hardy had many other interests, one of which was painting. A consummate amateur artist, he painted many pictures of places he visited on his travels - a collection of his paintings of temples in the Far East are now housed and displayed at the University of Wales Trinity Saint David, Lampeter. Some of these paintings are recorded here.